Keynote speakers for the 2019 Emerging Contaminants in the Environment conference have been announced. The conference will be held on May 21-22, 2019, at the Hilton Garden Inn in Champaign, IL. This year the conference will expand beyond the aquatic environment to also include air and soil studies along with effects on human and animal health. Conference organizers are accepting poster presentations through February 4.

The keynote speakers are: 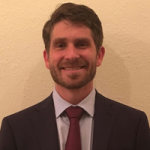 Getting Ahead of Emerging Contaminants with the Class Concept

Thomas Bruton received his Ph.D. in environmental engineering at UC Berkeley, where his research focused on using in-situ chemical oxidation for remediation of chemical contaminants, including PFAS, in soil and groundwater. In 2017, Tom joined the Green Science Policy Institute, which works collaboratively with partners in academia, government, business, and the nonprofit sector to reduce the use of harmful chemicals in products.  Tom currently leads the Institute’s research and policy work on PFAS.  He is the author of several peer-reviewed papers on PFAS, and is frequently interviewed by the news media. 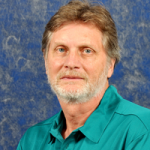 Rob Hale’s research focuses on the sources, multi-media fate, bioavailability and effects of persistent, bioaccumulative & toxic (PBT) pollutants.  Recent interests include flame retardants and microplastics. Matrices of concern have ranged from local fish tissues and sediments, Antarctic wastewater sludge, plastics, to indoor & World Trade Center dust. Over the last 30 years he has published >100 journals articles, which have been cited >7000 times.

Rob was born in Detroit, MI.  He received bachelor degrees in both chemistry and biology (Wayne State University), as well as a Ph.D. in Marine Science (William & Mary). He initially worked as a Research Environmental Chemist for Mobil Corp. in Princeton, NJ, before returning to VIMS, where he is now a Professor in the Dept. of Aquatic Health Sciences. 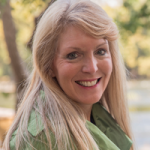 Emerging Contaminants: State of the Art and New Discoveries

Biography:  Susan D. Richardson is the Arthur Sease Williams Professor of Chemistry in the Department of Chemistry and Biochemistry at the University of South Carolina.  Prior to coming to USC in January 2014, she was a Research Chemist for several years at the U.S. EPA’s National Exposure Research Laboratory in Athens, GA.  Susan is the recipient of the 2008 American Chemical Society Award for Creative Advancements in Environmental Science & Technology, has received an honorary doctorate from Cape Breton University in Canada (2006), and was recently recognized as an ACS Fellow (2016).  Susan was also recently elected as the Vice President/President Elect for the American Society for Mass Spectrometry.