Scientists at the Illinois Sustainable Technology Center (ISTC) are tackling the issue of pharmaceutical contaminants from irrigation with rural sewage effluents in a newly funded project.

Collaborating with the Illinois State Water Survey, principal investigator Wei Zheng has begun a three-year study to investigate emerging contaminants, such as pharmaceuticals and personal care products (PPCPs), in fields irrigated with effluents from rural sewage treatment plants and to develop effective strategies to reduce the amount of contaminants transported to surface or groundwater.

Rural sewage effluent has great potential as an alternative to irrigation water, yet there are concerns about possible negative effects. Rural treatment plants are less effective at removing PPCPs compared to municipal wastewater treatment plants. Therefore, the use of effluents might pose a risk to surface and groundwater ecosystems.

Also, field tile drainage systems, which are commonly used in the Midwest, may accelerate the losses of these chemical contaminants from agricultural soils to nearby watersheds. The potential negative effects of using rural sewage effluent to irrigate tile-drained fields are essentially unknown.

In this project, the research team will conduct a series of laboratory, field, and numerical modeling studies to investigate the processes affecting contaminant transport, track the occurrence of PPCPs, and develop two cost-effective control techniques, oil capture and biochar-sorption channels.

The results will help federal and state agencies and farmers evaluate their current nontraditional water-use practices, inform science-based regulatory programs, and suggest best management strategies to minimize risks and promote the safe and beneficial use of nontraditional water in agriculture.

The project is funded by the U.S. Department of Agriculture.

In 2018, Illinois’ governor signed House Bill IL-HB5741, which amended the University of Illinois Scientific Surveys Act. The bill directed the Prairie Research Institute (PRI) to conduct a scientific literature review of contaminants of emerging concern in wastewater treatment plant effluent. It also requested that PRI compile a listing of the specific actions recommended by various state and federal agencies to address the environmental or public health concerns associated with these chemicals.

The final report was filed with the General Assembly earlier this week. It reviews the current state of scientific knowledge about contaminants of emerging concern (CEC) in wastewater treatment plants (WWTPs), discusses concentrations of CEC in WWTPs, and reviews existing treatment technologies and U.S. federal and state laws.

The report is available in IDEALS.

Ever-present in our world, it’s not surprising that plastics have been found in waterways virtually everywhere, mostly showing up as microplastics. Another group of contaminants, PFAS (per- and polyfluoroalkyl substances) are, likewise, being detected in the environment all over the world.

All of these contaminants pose concerns on their own, but now research funded by Illinois-Indiana Sea Grant has found that PFAS can stick to microplastic particles in the water, increasing the likelihood that they will end up in the food web.

PFAS are human-made chemicals that are used in many common products such as non-stick cookware, pizza boxes and stain repellent fabric. Qualities that have made them useful—for example, they are very stable and are resistant to water and oil—can contribute to concerns about PFAS. They don’t easily break down in lakes, rivers, wildlife and people. PFAS can have health effects, such as increasing the risk of cancer, decreasing fertility, and impacting growth and learning in infants and children.

John Scott, an analytical chemist at the Illinois Sustainable Technology Center, led a team of researchers to understand the extent to which PFAS and other contaminants attach to microplastics in waterways.

His team used three common types of plastic, testing them in the waters of Muskegon Lake, which sits adjacent to Lake Michigan along the Michigan coast. They also did similar testing in a controlled environment using laboratory water.

Microplastic samples were submerged in the nearshore waters of the channel connecting the two lakes and in the middle of Muskegon Lake, for one month and three months in both locations, and in the laboratory for one month.

The researchers found that regardless of location, length of time or type of plastic tested, PFAS in Muskegon Lake adhered to microplastic particles—ranging from .052 nanogram to .87 nanogram of PFAS for each gram of plastic. Interestingly, the amount of PFAS sticking to the microplastic in laboratory water was notably less.

“The difference may be due to associated organic matter or the presence of metals or biofilm, which is a collection of bacteria that grows on microplastic particles in the lake, making the surface easier to stick to,” said Scott. “This would also explain the wide variability that we found in PFAS concentrations on microplastic samples that were identical in substance and treatment. We did not find this degree of variability in the controlled experiments.”

Scott points out that the concentration of PFAS they found attached to microplastics in the study is quite low—for perspective, a nanogram is a billionth of a gram—but there is more to the story. “We submerged our samples for limited time, but some studies have estimated that half of microplastics in the environment have been there for 10 to 15 years. And many of these plastic particles in the water are smaller than we used in this study, so with similar mass they have more surface area, which could result in more adsorption.”

Another consideration is that PFAS are only one group of chemicals that can attach to microplastics. Scott said, “We don’t know the implications of what could be a cocktail of contaminants—like PCBs or PAHs—adhering to these particles and ingested by fish or other organisms.”

At the same time, many plastics may already contain additives such as heavy metals, flame retardants and plasticizers that can further exacerbate this issue. “These microplastics-associated pollutants can act synergistically when an organism is exposed to them,” said Scott.

Recent IISG-funded research at Loyola University has shown that fish in three Lake Michigan tributaries are ingesting microplastics. Biologists John Kelly and Tim Hoellein found that 85% of the fish tested contain, on average, 13 pieces of microplastic in their digestive tract.

Does this translate to a level of concern for fish regarding PFAS and other chemicals that may be in these waters and may be attached to microplastics?

The 2020 Emerging Contaminants in the Environment Conference (ECEC20) will be on April 21-22, 2020, at the I Hotel and Conference Center in Champaign, IL. Registration is open through April 2 and scholarships for undergraduate students are available.

The conference will feature presentations and posters on the latest in emerging contaminant research, policies, and outreach in the soil, water, and air. There will also be plenty of opportunities for discussion and networking with those interested in all aspects of emerging contaminants in the environment.

Fox 55/27 News interviewed ISTC senior chemist John Scott in this story about PFAS found on the former Chanute Air Force Base in Rantoul. 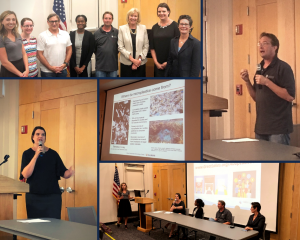 ISTC was one of several expert organizations invited to provide information on microplastics at a public meeting hosted by Illinois State Senator Julie Morrison in Highland Park, IL, on August 14, 2019.

Representatives from the Illinois Environmental Council, Shedd Aquarium, and the Alliance for the Great Lakes participated in the event.

Members of the public also asked questions and provided comments on the microplastics pollution issue. Two major themes arose from this discussion:

What can we do to stop pollution and clean up microplastics?
Panel consensus:  Shedd Aquarium wants to become a zero waste leader in the community to show businesses and organizations that reducing plastic use is not only possible, but also manageable. ISTC suggested that waste-to-energy processes, such as pyrolysis or gasification, could be a better alternative than landfilling plastic waste. Policies could be implemented to assist in the transition away from plastics, particularly single-use plastics for non-medical/non-disability purposes. 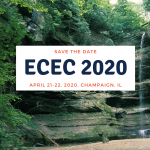 The 2020 Emerging Contaminants in the Environment Conference (ECEC20) will be on April 21-22, 2020 at the I Hotel and Conference Center in Champaign, IL.

The conference will feature presentations and posters on the latest in emerging contaminant research, policies, and outreach in the soil, water, and air. In addition, there will be plenty of opportunities for discussion and networking with those interested in all aspects of emerging contaminants in the environment. 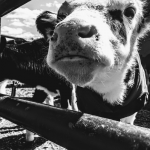 Pharmaceuticals and other emerging contaminants in the environment are a growing cause for concern. One particular issue is the increase in antibiotic-resistant bacteria.  Agriculture is often noted as a source of excessive antibiotic use.  Over 70% of all antibiotics produced in the U.S. are used in animal agriculture. Overuse can encourage the selection of antibiotic-resistant genes (ARG).

To better understand the relationship between agricultural contamination and ARG abundance over a year-long period, ISTC researchers Wei Zheng and Laurel Dodgen contributed to a project led by Marquette University Professor Krassimira R. Hristova. The study was designed to characterize the emerging chemical contaminants and ARG profiles of 20 surface water locations in an area of Kewaunee County, WI which has an abundance of large-scale farms and where cattle outnumber humans 5 to 1. The team focused primarily on pharmaceuticals and personal care products (PPCPs) and hormones. ISTC’s role was to analyze the PPCPs and hormones in the collected river water and sediment samples to help establish the relationship with ARG.

The results of the study were published in FEMS Microbiology Ecology in 2018. They suggest that Kewaunee County river sediments accumulate contaminants from non-point sources at a higher rate when manure is applied to farmland than when it is not. If these contaminants contain antibiotics, they can either directly increase or co-select for the increase of ARGs in the environment. The study provides a better understanding of how confined animal feeding operations and manure- fertilized farmland impact environmental and human health.

Zheng continues to collaborate with Marquette researchers to determine the chlortetracycline residues in river sediments and water samples and investigate its environmental fate and potential effects. The goal is to evaluate the relationship between the development of chlortetracycline-derived ARG and contaminant residues in the environment.

This year’s conference focused on a variety of pollutants in water, soil, and air ranging from pharmaceuticals, viruses, algal toxins and endocrine disruptors to pesticides, flame retardant chemicals, per- and polyfluoroalkyl substances (PFAS), and microplastics. 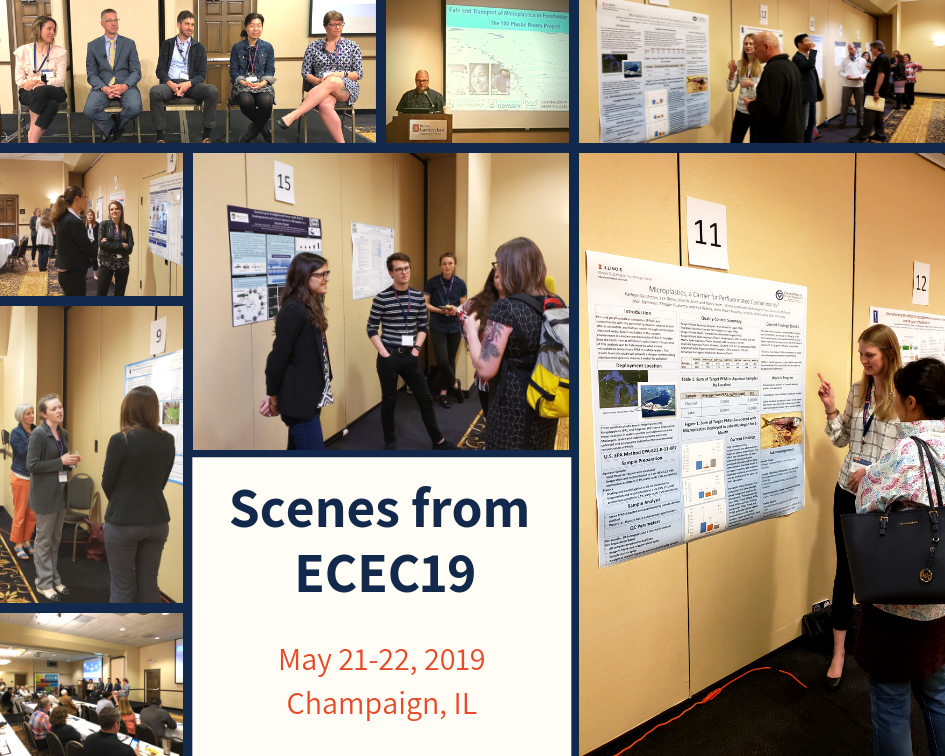 Learn more about the presentations and posters in the conference program booklet. Slides will be available on the conference website within the next two weeks. Details about specific ISTC research on emerging contaminants can be found on our website.

ISTC and the Illinois State Water Survey are seeking an Associate Research Scientist, Emerging Contaminants to plan, conduct, supervise, and formulate collaborations on research on inorganic and organic pollutants, especially focusing on emerging contaminants (e.g., pharmaceuticals and personal care products, per- and poly-fluorinated chemicals, agriculture chemicals (P and N), microplastics, and other contaminants including lead) and excessive nutrients in groundwater, surface water, and wastewater.

Visit http://go.illinois.edu/istcjobs for more information and to apply.